The Outlyer Group is proud to announce that it will be working with inclusive fashion brand Differently Enabled, as part of London’s most inclusive runway show, ‘London Represents’.

On 17th September, London Represents will provide a fresh and exciting full-day event, hosted at the National Liberal Club. There will be several runway shows throughout the day, mixing the collections of emerging and established designers to create an alternative to the traditional shows taking place during LFW. With over one billion people living with some form of restricted mobility in the world today, the differently abled community is a huge market, worth an estimated $400B, that is still so often overlooked and excluded by the fashion industry.

Billed by the organisers as “The most sustainable and inclusive fashion show during London Fashion Week”, inclusive fashion label Differently Enabled is showcasing its latest collection as modelled by a number of high profile individuals from the differently abled community who represent a true image of diversity and inclusion. Differently Enabled will be unveiling three bespoke capsule collections created in collaboration with sustainable fashion brand Love Hero. These collections will be available to purchase with a percentage of proceeds going towards 3 charitable foundations.

Established in Dec 2020 by Founding Director Craig Crawford, Differently Enabled champions looking good and feeling better. Having enjoyed a long and successful career in the fashion industry, working in digital innovation for brands such as Burberry, Diane Von Furstenberg and Hugo Boss to name just a few, it was an unforeseeable change in Crawford’s life following an intensive care experience after contracting COVID 19 that steered him to create Differently Enabled.

Differently Enabled have a mission to create clothing that is bespoke to fit the individual needs of the wearer, whilst always being led with style and fashion. It offers uncompromising personalisation and is created by a compassionately collaborative team of designers, engineers, technicians and data scientists, who create customised products and services. Differently Enabled is a co-creation platform for individuals to be enabled differently.

Amongst those taking to the runway will be The Outlyer Group’s president and founder Emmanuel Kelly and co-founder and blind film director Adam Morse. The Outlyer Group has been making waves in the entertainment industry this year after launching in May 2022 at the Cannes Film Festival, where it announced its ambitions as the world’s first differently-abled entertainment group. In 2021 Emmanuel was the first Differently Abled Artist to headline a London Fashion Week show, alongside Grace Jones. Emmanuel will once again be taking the stage this London Fashion Week, hoping to bring attention to the London Represents show and combine the work of The Outlyer Group and Differently Enabled to bring attention to the huge differently abled market, which is so often overlooked and dismissed within the fashion industry.

Outlyer’s involvement in the Differently Enabled show doesn’t stop at the catwalk. This fashion week, DE will be collaborating with established sustainable clothing brand Love Hero, to create and showcase three capsule collections that will benefit three charities. The first will be the DE + Outlyer print collection, with proceeds going to the Outlyer Foundation. The second will be the ‘Can you See’ collection with Differently Enabled and Adam Morse for the Crystal Vision Foundation, and ‘The Good Virus’ collection with Differently Enabled and the Columbus Children’s Foundation (the CFF). Each collection will be tailored to reflect the purpose of the organisations behind it. The ‘Can You See’ collection will allow wearers to see the world through the eyes of people like Adam with LHON, one of the rarest eye conditions in the world, with the designs created to show a representation of his sight, helping people better understand how people with sight loss might see the world. ‘The Good Virus’ collection designs are based on images of the Adeno-Associated Virus or AAV, otherwise known as The Good Virus, which is one of the most exciting advances in modern medicine. The Good Virus can be modified to deliver therapeutic genes to cell or tissues to address genetic disease at the source. This has allowed The CCF to focus on accelerating access to affordable and effective gene therapy treatments for children with ultra-rare genetic diseases wherever they live in the world. 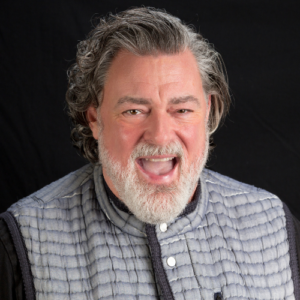 “We are thrilled to present our first collection during LFW. We are reminding everyone that fashion can indeed be inclusive for everyone; our models are our Brand Ambassadors–real people who are living with disabilities. Like the London Represents founder Samanta Bullock, each of these people are leaders creating awareness and removing stigma around disability. We at Differently Enabled believe that when you Look Good, you Feel Good. And when you feel good, you Do Good.” 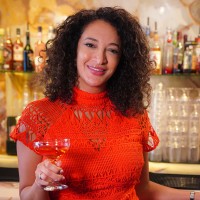 “We believe that by creating a show that is beautiful and glamorous, as one would expect during London Fashion Week. But also includes those who are most often overlooked and dismissed by traditional catwalks, we can help shape a better future for fashion”. 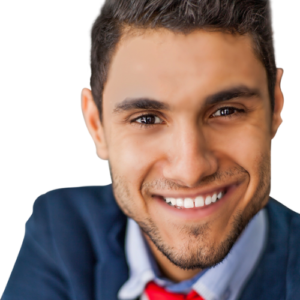 “The Outlyer Group are thrilled to be included in the 2022 Differently Enabled fashion show. The Differently Abled community is vastly underrepresented in the fashion industry and we are excited to be part of a show that is addressing this during London Fashion week – at a time when there is global attention on the industry.” 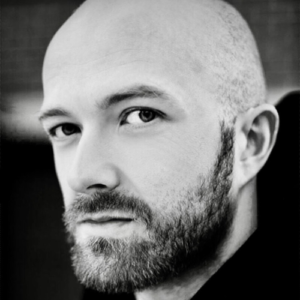 “I’m honoured to be a Brand ambassador for differently enabled and The “can you see“ campaign is going to help raise awareness to show that blindness is a spectrum far more complex than the public typically comprehends. The crystal vision foundation Will work to empower sight impaired artists and prove that vision is more important than sight”.

Outlyer Entertainment forms part of The Outlyer Group which was founded by Emmanuel Kelly, Tim Lucas Allen and Adam Morse in 2022. The Outlyer Group is a business which is focused on one main goal, Enabling the World, Differently.

Through informed and effective strategies, the company will focus on delivering solutions on accessibility and DV&I across multiple business sectors.

Following his discharge from the ICU, Craig was encouraged by his occupational therapist Michael Burke to switch from the hospital gowns to his own clothes for a speedier recovery. Craig arranged for his favourite clothes to be brought to the hospital the next day. Ten hours later, Craig was sitting in a puddle of his own urine, having not had the strength or dexterity to untie his drawstring waist or pull down his waistband in time to reach the bathroom. This was his first humiliating clothing experience, but not his last. There was a large gap between who he thought he was and who he was now, thanks to a global pandemic and killer virus. A 30-year veteran of the luxury fashion and technology industry, he knew there had to be another way. DE is that way.

As a creative with nearly 30 years experience in global fashion brands, Craig is often referred to as “the right brain of IT.” He makes decisions that change the face of Information Technology driving momentum and growth with improved business connectivity through digital innovation for brands such as Hugo Boss, Jaeger, matchesfashion.com, Diane von Furstenberg, MaxMara, and Tory Burch.

Craig chairs and presents at numerous fashion and retail tech events, where he connects global industry leaders and technology innovators. He advises fashion tech startups in both the UK and US. His articles, videos, and webcasts appear on both sides of the Atlantic.

Craig enjoys being an Adviser for the charity Apps For Good where young people learn to create and apply technology to change the world through a transformative education program.

London Represent has evolved from a student-based show in East London to a large-scale, Central London show that attracts international sustainable designers, who fly into London to take part. London Represents mission was not only to incorporate a diverse range of individuals to model the clothing but to help encourage the industry to become more inclusive and embrace more diversity. The uplifting nature of the message seems to have resonated at London Fashion week, forming a lasting impact with guests, featuring catwalk shows which are being talked about to this day and leading the Daily Mail to brand London Represents “the pivotal moment” of Fashion Week.

About The Crystal Vision Foundation

Adam Morse is the world’s first award winning blind filmmaker. Having lost his eyesight at the age 19, following a diagnosis of rare mitochondrial disease (LHON), he has gone against all odds to break barriers in the entertainment industry by becoming a trailblazer for disabled artists everywhere. He received critical acclaim for his feature film debut ‘LUCID’ (starring Billy Zane) released on Amazon Prime.

Adam also made headlines for becoming a blind action star, appearing in a recurring role of APPLE TV+ series ‘SEE’ (starring Jason Momoa) where he performed his own stunts.

Through his Crystal Vision Foundation, Adam aims to inspire a new wave of blind artists across all art forms to express themselves creatively and find professional pathways to make a living doing what they love.

About The Columbus Children’s Foundation

Our genes are the blueprints of our bodies, instructing our cells how to make proteins critical to function. Many diseases & disorders are caused by the faulty expression of proteins from
corrupted or missing genes.

One of the most exciting advances in modern medicine has been the discovery of how a “good virus” (the Adeno-Associated Virus or AAV) can be modified to deliver therapeutic genes to cell or tissues to address genetic disease at the source.

The CCF focuses on accelerating access to affordable and effective gene therapy treatments for children with ultra-rare genetic diseases wherever they live in the world.

Part African and Middle Eastern, Emmanuel Kelly is the freshest face of diversity in entertainment. The first-ever differently abled pop star, he is a singer, producer and businessman with a vision and passion to change global perceptions through a creative and collaborative approach to life.

Emmanuel Kelly was found as an infant in a box on a battlefield on the border of Iraq by two soldiers suspected to have been shooting at one another. He was taken and raised in an orphanage in Baghdad for the next 7 years witnessing executions, bombings, wondering every day if that day would be his last.

At age 7, Emmanuel was brought to Australia by humanitarian Moira Kelly, together with his non-biological brother, a now 3-time paralympian and Tokyo Olympics 2020 Silver medalist, for life-changing surgery that allowed him to learn how to walk for the first time.

After overcoming tremendous obstacles, at only 18 years of age, Emmanuel became an Australian X-Factor sensation, garnering over 500M views online.

He has performed with Coldplay, as their special Guest, opened for Snoop Dog, performed with David Foster and legendary DJ Paul Oakenfold, and worked with Philip Lawrence of the Bruno Mars camp, plus performances for the United Nations Assembly & MGM Grand Arena.

In 2020 and 2021, Emmanuel was featured on the Kelly Clarkson Show, Variety Mag and Billboard.

Be A Brand Champion
Manage Cookie Consent
We value your privacy at Differently Enabled. We use cookies to optimise our website and our service.
Manage options Manage services Manage vendors Read more about these purposes
Preferences
{title} {title} {title}